A nearly foolproof way to cook your holiday roast 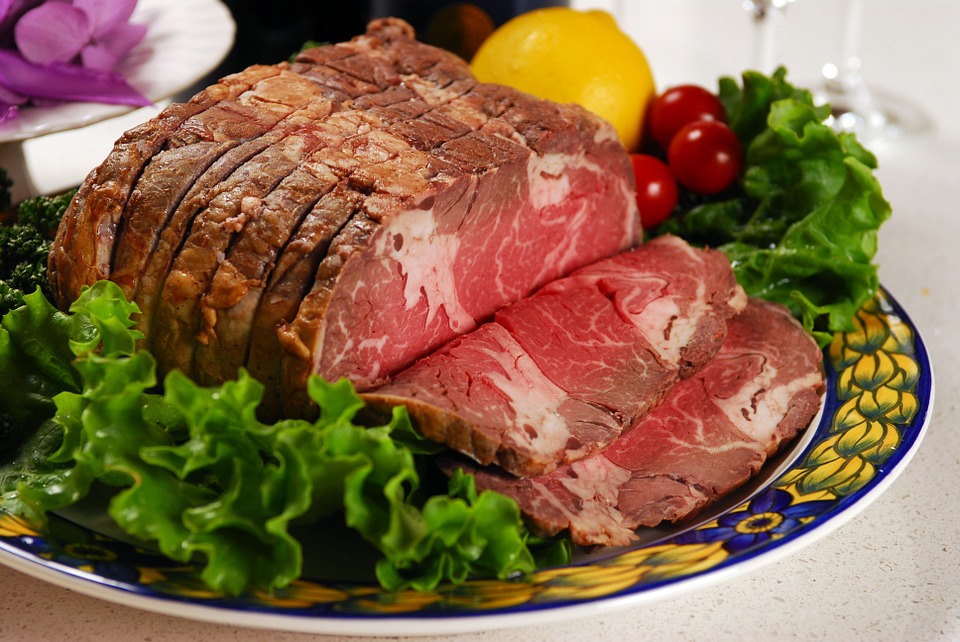 Your holiday roast is an investment, so here’s a restaurant-proven way to make sure it comes out right.

If you’ve looked at the price of beef lately especially the luxury roasts like a boneless rib roast, top loin or tenderloin, it’s a pretty big investment. You want to make sure to cook it properly, neither under or overcooking it. Here is a technique that chefs and restaurants have traditionally used to make sure the roast comes out right and it’s called reverse searing.

Most recipes start by browning the outside first to develop a richly flavored crust (known as the Maillard reaction if you want to be technical) before finishing it in the oven. Reverse searing is just the opposite. You first cook the roast in a low oven until it’s just about done. By cooking the roast at low temperature you insure that that the roast will be evenly cooked and rosy out to the very edge. You can do this a couple hours ahead of time which enables you to leisurely prep the rest of the meal.

When you are ready to serve you sear it in a hot pan or very hot oven to develop the delicious crust. Searing the already cooked meat takes less time than browning raw meat and does away with that gray outer ring that develops when you cook the roast the traditional way. The bonus in slow cooking ahead and then searing is that you don’t have to let the meat rest before carving.

Here are things you need to remember:
1. Temperature is more important than time: The time given in the following recipe will vary depending on your oven, the size of the roast and whether you are using grain or grass fed meat. The same procedure applies to all roasts. You’ll need an instant read thermometer. I like the ones that have a stainless steel probe with a silicone cord that allows you to monitor temperature without having to open the oven door.

2. It’s OK to leave the nearly cooked roast out at room temperature: The USDA says so and they are a conservative bunch

3. Searing: The preferred way is to do it in a pan on the stove top which provides more control and allows you to monitor the browning. You can however also do it in a hot oven which means less smoke and spattering.

4. Evenly cooked meat: The roast will end up evenly cooked. You unfortunately won’t have well cooked ends for those who like it that way.

Combine the pepper, salt and fennel seed. Rub the oil over the meat to coat it lightly, then pat on the salt mixture to coat. Transfer roast to a rack in a roasting pan. Let sit at room temperature for 1 hour before roasting.
Position a rack in the center of the oven, and heat the oven to 300°F. Roast the beef until an instant-read thermometer registers 110°F for rare or 115°F for medium rare, about 1-1/2 hours. Remove the roast from the oven. Let sit tented loosely with foil, for up to 2 hours.
Sear the beef:
To sear on the stove top: Heat 2 Tbs. oil in a heavy 12-inch skillet until shimmering hot. Add the beef, and cook, turning and pressing with tongs, until browned all over and, cooked to the desired temperature, about 4 minutes per side.

Combine wine, vinegar, shallots, 1 tablespoon tarragon, the stems and peppercorns in a heavy saucepan, bring to a boil over high heat and boil until reduced to about 1/4 cup, about 5 minutes. Remove from heat and cool. Strain pressing on solids and discard solids.

Combine the strained reduction with the egg yolks in a blender and pulse until smooth. With blender running at medium speed add the butter in a slow stream thru the hole in the lid. Add remaining 2 tablespoons of tarragon leaves and pulse once or twice. Thin sauce if desired by whisking in a tablespoon or so of warm water. Season to your taste with salt and pepper. Keep warm.