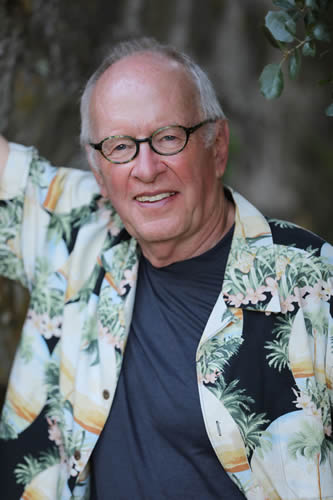 Many refer to Chef John Ash as the “Father of Wine Country Cuisine”.  In 1980 he opened his namesake restaurant, John Ash & Company, in Santa Rosa, CA. which gained international acclaim and still is critically applauded.

He has co-hosted a radio show on KSRO for 36 years.  He also hosted two shows on the Food Network. John has been an adjunct instructor at the Culinary Institute of America Greystone for many years.  John has consulted with a broad range of clients over the years including Sonoma Cutrer Winery, Del Monte Foods, Viking River Cruises, and others. He is on the Board of Hog Island Oyster Company.

In 2008 John was voted “Cooking School Teacher of the Year” by the International Association of Culinary Professionals.  John is a champion of sustainable food issues, having served for several years on the Board of the Chef’s Collaborative, as well the Board of Seafood Watch, an educational initiative of the Monterey Bay Aquarium.

John has written 5 books and is a two-time James Beard Award winner.  Culinary Birds won a 2014 James Beard award and John Ash Cooking One-on-One won in 2005. He has authored two other books: From the Earth to the Table and American Game Cooking. The former was awarded the IACP Julia Child Cookbook of the Year.  His latest book Cooking Wild was published in summer of 2016 by Running Press. He is at work on a new book:  The Hog Island Great book of Seafood.  He writes occasionally for culinary magazines such as Fine Cooking and Eating Well and contributes regularly to the Santa Rosa Press Democrat and North Bay Biz on all things wine and food.

John was honored in 2014 by the Monterey Bay Aquarium as “Sustainable Seafood Educator of the Year.

CAME TO ME VIA EMAIL …

“We’re not sure how long we’ve had your recipe that was featured in the food and wine probably in the 1980s but maybe early 1990s of a loin of venison with dried cherries walnuts and shiitake mushroom. We have copied this recipe is multiple times the copies Disintegrating the paper from Wine and Broth. We have shared it with hunters and their wives , sorry not being sexist, hunters usually male. It is still a favorite of ours. Thank you for the best recipe for this wild gift of nature protein. Yum!” – Rosaleen and Rick Parsons