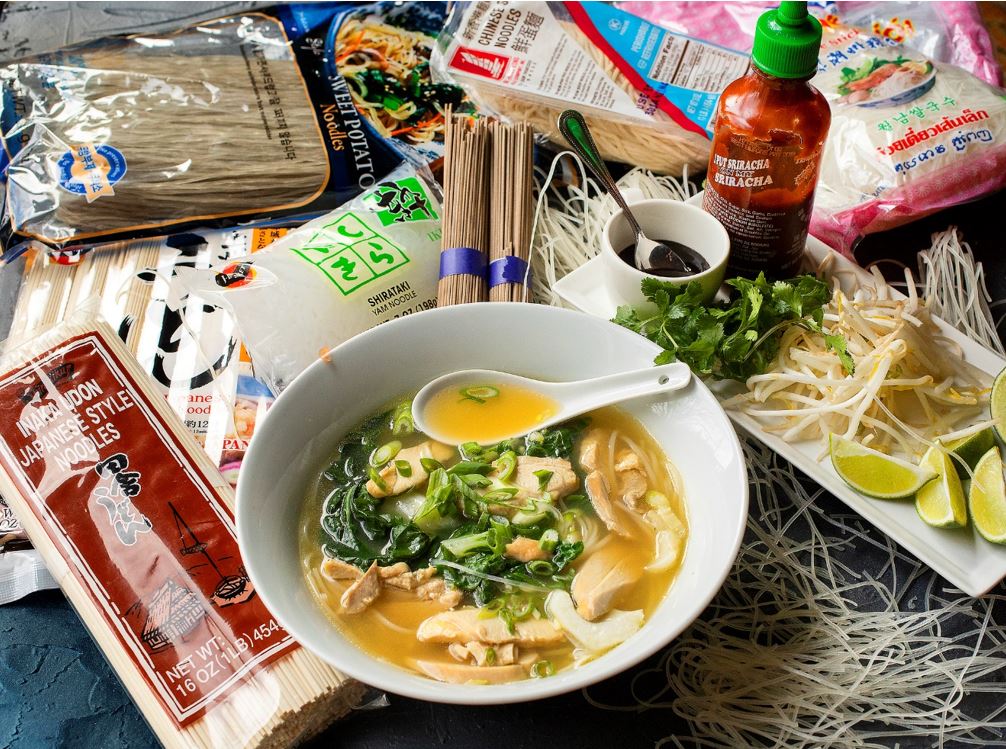 The world of Asian noodles is vast. There is some dispute over who originally came up with the idea of mixing water and flour to create noodles. The Arabs claim to have been the first to use dried pasta, as a means of preserving flour during their trips across the desert. But regardless of their origin, we do know that the Chinese have been feasting on noodles for at least 2000 years, since the Han dynasty (206 BC – 220 AD). China is also credited with having introduced noodles to every part of Asia if not the rest of the world.

Each Asian cuisine has its specialties often driven by street food vendors. Every imaginable ingredient is used to make noodles. Archaeological evidence suggests that though wheat was present in China 4,000 years ago, it was not widely cultivated until the Tang Dynasty (A.D. 618 to 907). This gave rise to the use of other available flours such as sweet potato, yam, rice, cassava, buckwheat, mung bean, rice, potato, millet, fish paste and many more.

The Chinese believe that every meal should contain an equal division between fan (grains and starches) and t’sai (fruits and vegetables). One of the grain dishes they rely on to provide this harmonious dietary balance is noodles.

Like Italian pasta, Asian noodles vary in width, from as thick as straws to as thin as toothpicks. When it comes to length, however, they are usually served long and uncut. This is because in Chinese tradition, long noodles symbolize the prospect of a long life. Noodles are commonly served at birthday celebrations and fresh noodles are regularly placed at gravesites.

Most important I think is that Asian noodles are delicious and generally inexpensive. Here are some of my favorites.