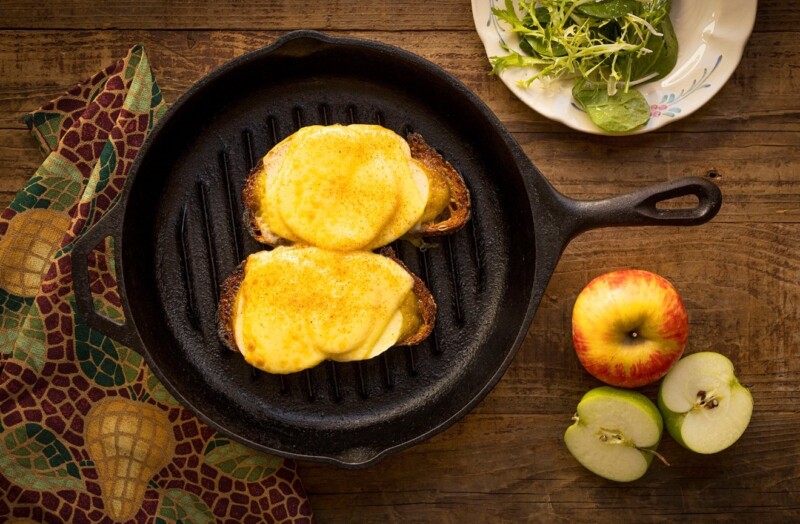 Who doesn’t love apples? From eating raw to the myriad of products that we turn them into. You’re lucky to find a half dozen varieties in your local supermarket, which is why you go to Farmer’s Markets and seek out local apple farmers. Sonoma County Farm Trails offers an Apple Trail map on its website to help with our exploration. My two favorite farms are Walker Apples in Graton and The Apple Farm in Philo in Mendocino County. Both offer more than 50 varieties throughout the season.

Though we love the saying “there is nothing more American than Apple Pie” the truth is that the pie wasn’t developed here, and neither were most apples most of which came from China and middle Europe. There are more than 7500 varieties of apples worldwide with 2500 varieties in the U.S. and more are coming every year. China is the largest producer, with the U.S. second but they grow all over the place. For example, in Ecuador, the trees have acclimated to the high mountains where they can produce two crops in a year.

A few apple facts that you might find interesting:

• Apples are America’s second favorite fruit.
We consume over 19 pounds of whole apples per year, and over 50 pounds of a combination of fresh apples and apple products (applesauce, juice, and more). It’s a close second to the banana — we eat an average of 28 pounds of them a year.

• The apples you’re buying could be up to one year old.
But don’t worry, totally safe. They are best when freshly picked but farmers use cool technology called “controlled atmosphere storage”. This allows them to control the temperature and ozone where apples are stored so that they can be delivered to you fresh and crisp throughout most of the year. At home, keep apples as cold as possible. Put them in a paper bag and tuck them into the coldest part of the refrigerator (usually the back of the bottom drawer).

• Eating apples can aid in brightening teeth.
While not a substitute for toothpaste, the acid in apples actually helps clean and brighten teeth. The crunchy inside also acts like a mini toothbrush that can scrub away stains.

• Apples can help ripen other fruit.
Apples give off ethylene gas that accelerates ripening. You can place unripe avocados, tomatoes, bananas and more in a bag with one apple to ripen them in a day or two.

• Sir Isaac Newton in 1665 watched an apple fall to the ground and, wondering why it fell in a straight line, was inspired to discover the laws of gravitation and motion.
We tend to think of apples as being used mostly in sweet recipes, but they also have a delicious place with savories too. Here are some of my favorite recipes featuring both.