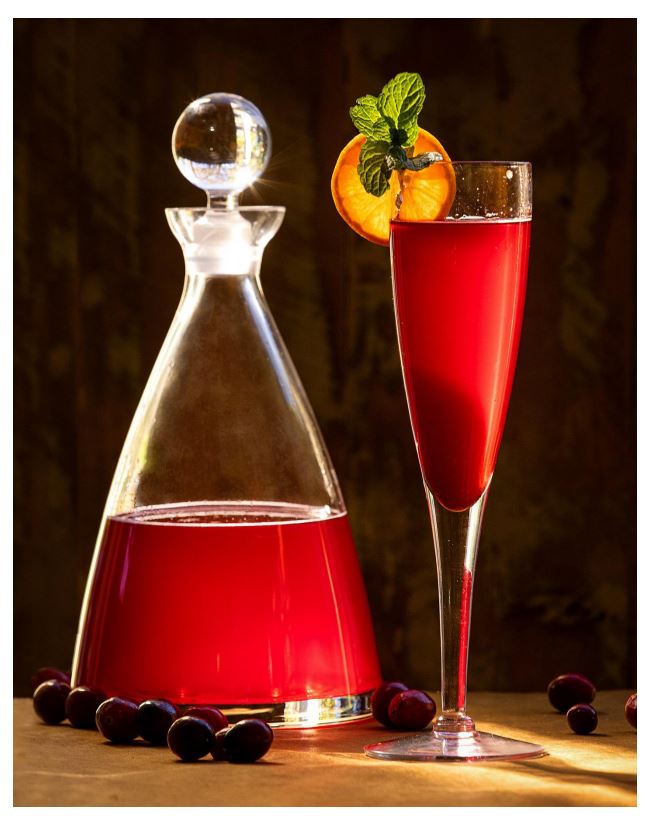 The cranberry, along with blueberries and the Concord grape, has a unique place in American cuisine. They are the three North American native fruits that are grown in commercial quantities. There are of course lots of other fruits native to North America such as the paw paw and the Saskatoon berry, but these aren’t grown commercially. Native Americans used wild cranberries extensively as a food and as a fabric dye and healing agent. When the European settlers landed, they in turn adopted the versatile cranberry and, in addition to the uses that Native Americans put it to, they also used it as a valuable bartering tool. American whalers and sailors also carried cranberries, which are full of Vitamin C, on their voyages to prevent scurvy.

The name “Cranberry” is thought to come from the Pilgrim name for the fruit, “crane berry”. It was called this because the small, pink blossoms that appear in the Spring resemble the head and bill of a Sandhill crane. It has also been called the “bounce berry” because they will bounce when ripe. This is in fact a good way to test for ripeness when you are buying them in bulk.

The USA still is the place where much of the world’s supply of cranberries comes from. Wisconsin is the largest producer accounting for over half of the production. Maine is next with 25% or so followed by New Jersey, Washington and Oregon who make up the rest. Canada also produces a large crop of cranberries mainly in Quebec, Nova Scotia, and British Columbia.

One of the common misconceptions about cranberries is that they are grown in or underwater. They do require water in the beginning and typically at the end of their growing cycle. The season begins in Winter when growers flood the bogs with water that freezes and insulates the vines from frost. As the Winter snow melts and Spring arrives, the bogs are drained, and the plants grow in dry beds. Blossoms soon appear and in mid-July, petals fall from the flowers leaving tiny green nodes which, after weeks of the summer sun, become red, ripe cranberries.

Cranberries are typically harvested in September and October. Most cranberries are harvested using the wet method when growers flood their bogs with water. They then use harvesting machines that loosen the cranberries from the vine. With small air pockets in their center, the cranberries float to the water’s surface. Growers corral the berries onto conveyors that lift them from the flooded bog onto trucks and into processing plants. A small percentage of cranberries are dry harvested. This process uses mechanical pickers, resembling lawnmowers with comb-like conveyer belts that pick the berries and carry them to attached burlap bags.

The Health Benefits of Cranberries
During the last decade or so, several research studies have been done that suggest that cranberries are not only a healthy, low-calorie fruit, but they may also help prevent urinary tract infections and reduce the risk of gum disease, ulcers, heart disease and may have anticancer properties. Cranberries contain significant amounts of flavonoids and polyphenols which are powerful antioxidants. Antioxidants are compounds that are naturally manufactured by the body and/or are ingested, primarily as components of fruits and vegetables, that can stabilize harmful free radicals. 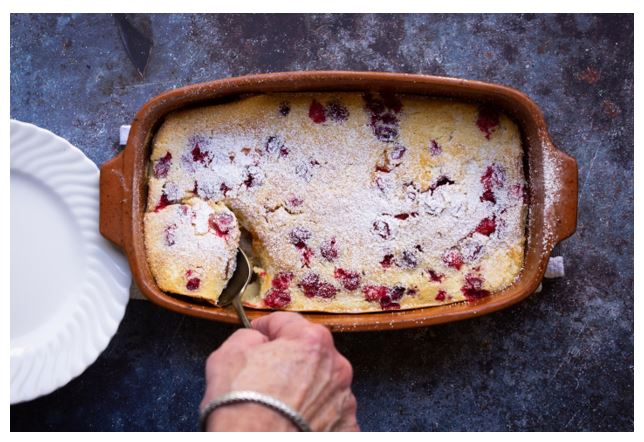 Under stress, the human body’s ability to produce antioxidants can become severely impaired. There is good evidence that cranberries can serve as a good source of supplemental antioxidants. To put it simply, antioxidants protect our bodies from harmful molecules that we are exposed to every day of our lives. The body produces free radicals through normal metabolic activities. Exposure to the sun’s ultraviolet radiation, tobacco smoke, and exposure to certain naturally occurring chemicals can also be sources of free radical production. In short, we are exposed to potential sources of free radical production every day of our lives.

Following are some of my favorite cranberry recipes.