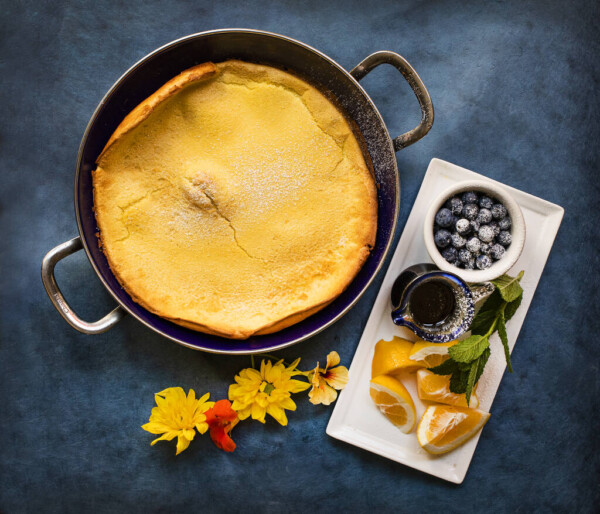 The origins of brunch are a bit hazy. Some think that the meal has its roots in England’s hunt breakfasts—lavish meals that featured a delicious smorgasbord of goodies such as chicken livers, eggs, meats, bacon, fresh fruit and sweets. Others think it derives from the practice of Catholics fasting before mass and then sitting down for a large midday meal.

What is certain is that the word “brunch” first appeared in print in an 1895 Hunter’s Weekly article. In “Brunch: A Plea,” British author Guy Beringer suggested an alternative to the heavy, post-church Sunday meals in favor of lighter fare served late in the morning. ”Brunch is cheerful, sociable and inciting,” Beringer said. ”It is talk-compelling. It puts you in a good temper, it makes you satisfied with yourself and your fellow beings, it sweeps away the worries and cobwebs of the week.”

It caught on in the United States in the 1930s. It was a meal championed by hotels since most restaurants were closed on Sundays and, with church attendance flagging after World War II, people were looking for a new social outlet that also let them sleep in a bit. Restaurants soon hopped on the bandwagon and began offering the decadent spreads of food and signature morning cocktails, such as Bloody Mary’s, Bellini’s, Screwdrivers and Mimosas.

Restaurant chefs have generally seen Brunch as a challenge (read don’t like it!). After a busy Saturday night, trying to create a menu for a meal that stretches from 11 A.M. until 3 or 4 in the afternoon and finding that right balance between breakfast foods, lunch foods and exotic hybrids of the two is no small task.

So here are some of my favorite Brunch recipes that I really like: