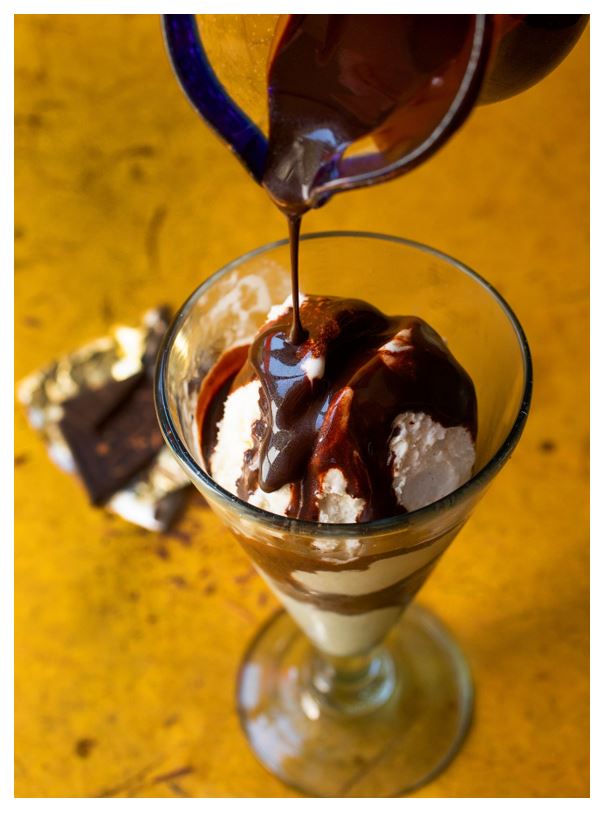 A quick history:  Iced sweets such as ice cream, sherbets, granitas, snow cones, frozen drinks and the like have been around a long time, since at least 4000 B.C. Nobles along the Euphrates River built icehouses to make them.  These were usually pits or caves where, during the winter, ice and snow would be taken and insulated against melting with straw or sawdust. It would stay frozen for many months, even until the following winter.

This served to take the edge off the hot Mesopotamian summers. Evidence indicates that snow, in addition to cooling wine likely was sold in the streets of Athens in the fifth century B.C. to make something akin to our snow cones today.  Archaeologists have found remains of ice pits in China from the 7th century BC but there is also written evidence that Chinese used them before 1100 BC. We owe much to the Chinese!

The Arabs as early as the 13th century discovered that ice mixed with salt or salt peter set in motion what is called an exothermic reaction.  This created a heat-sucking slurry with a far lower freezing point than typical water. Immersed in a bath of this exothermic brine, ice crystals easily formed in various liquid concoctions. Stirred regularly to prevent large ice crystals from forming, a scoop-able frozen foam resulted. Water ices, sherbets and granitas were born.  The first European water ices and dairy based ice creams and were likely made in Italy during the early 1600s.

By the late-19th century, America was a hotbed of ice cream innovation. A Philadelphia pharmacist mixed the first ice cream soda in 1874. The ice cream sundae dates to 1881 (with several Midwestern towns claiming to be the site of its invention)—its name likely coming from “blue laws” that banned sale of soda drinks on Sundays. The first edible ice cream cups were patented in the 1880s, around the time that milkshakes—originally promoted as a health drink—became popular. The waffle cone rocketed to fame when introduced at the 1904 St. Louis World’s Fair, and the Popsicle was patented in 1923. Both Dairy Queen and the Carvel company claim to have developed the first soft-serve ice cream in the mid-1930s, while frozen yogurt was a latecomer, introduced in the 1970s.

Here are my favorite Summer Sweets!