For Women’s History Month, we look at three cooks ― and their recipes ― who had a big impact on Wine Country cooking.

THREE WINE COUNTRY WOMEN WHO CHANGED THE WAY WE EAT 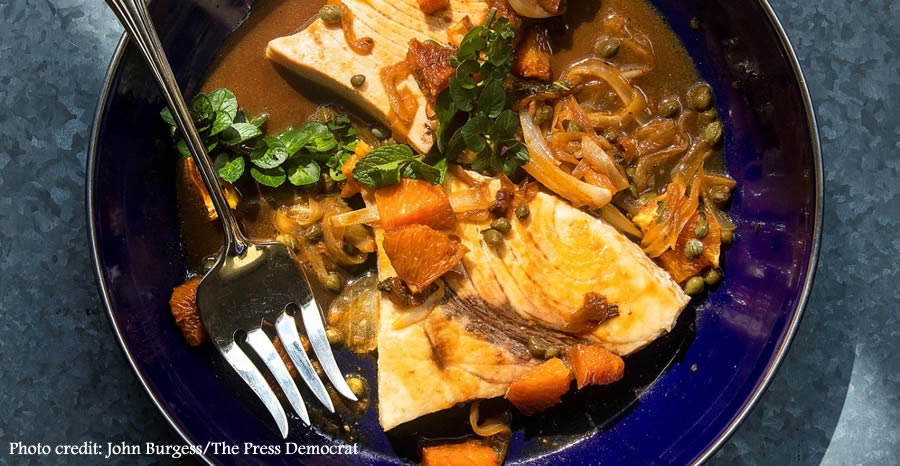 There are 3 women who many have not heard of but who changed the way we think about food. We owe them so much. Two of them: MFK Fisher and Paula Wolfert spent a big part of their lives in the California wine country. The 3rd, Madeline Kamman, was here for a shorter time but changed the art of cooking for a generation of professional chefs. 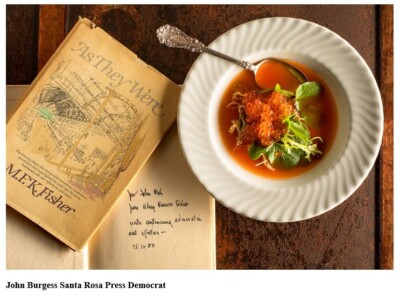 PAULA WOLFERT, who lives in Sonoma, is one of the most influential chefs of our time. She authored eight cookbooks and countless articles over her nearly 50-year career. Today, Paula is battling dementia, but she is not letting it slow her down. Emily Thelin authored a biography “Unforgettable,” where Paula’s spirit and the legacy of her renegade life are captured in one place. It is a great read with wonderful recipes.

MFK FISHER.  In Anne Zimmerman’s biography of MFK “An Extravagant Hunger: The Passionate Years of M.F.K. Fisher” describes her as America’s preeminent food writer and culinary Grande Dame.  She has influenced today’s finest chefs, culinary writers, and legions of rabid readers and eaters. In a career spanning more than 60 years, Fisher’s career began in the 1930s and spanned decades, her intoxicating prose blending musings on food, love, sex, and the pleasures of eating well and reveling in the senses.

MADELEINE KAMMAN was a fierce and exacting chef and teacher.  She did restaurants and cooking schools in France and America. Her own learning was inspired in childhood by her mother, aunts and great-aunts, whose cooking represented many regions of France. She dedicated her third book, When French Women Cook (Athenaeum, 1976) to writing down their recipes, most recorded for the first time, in an attempt to preserve a record of a France long since gone, and also determined to “bring back to life the women with worn hands stained by vegetables peeled, parched by work in the house, garden or fields, wrinkled by age and experience”, so her readers will know “that there was once a civilization that was human, tender, enjoyable and loveable.” Her dedication reads “This book, in its own way is a feminist manifesto, dedicated to the millions of women who have spent millennia in kitchens creating unrecognized masterpieces”.

GET THE FULL STORY & RECIPES HERE!