John Ash shares 6 ways to make the most of salmon 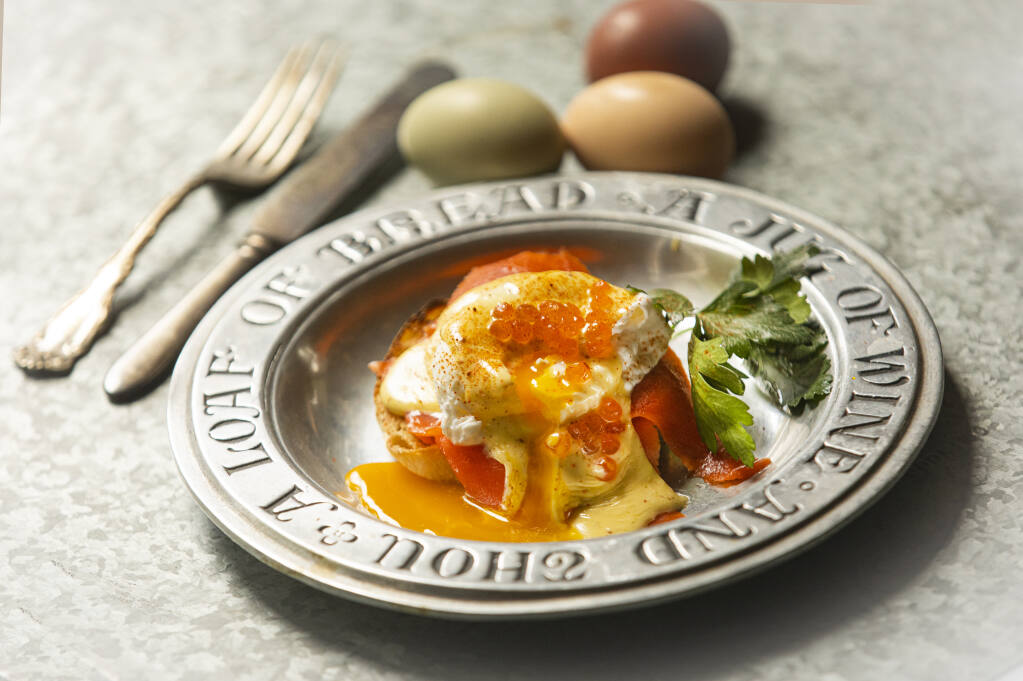 I love Spring and always look forward to the commercial salmon season. Salmonids are a large group of cold-water fishes, found mostly in subarctic areas and high elevations. It includes salmon, trout, chars, freshwater whitefishes, and graylings. The recipes included here are interchangeable.

I’m often asked if I had to choose a last meal – – what would it be? For me it would be a piece of roasted or grilled wild-caught King salmon with a glass of Russian River Pinot Noir! Heaven!

The Pacific Ocean is home to six types of salmon, and U.S. and Canadian boats fish five of them: King, Sockeye, Silver, Pink, and Chum. To confuse matters, each of these has at least one other name as well as their Latin name, as noted below. They are listed by the most common names you’ll likely see at markets.

King salmon (Oncorhynchus tschawytscha), also known as Chinook, is considered by many to be the best-tasting of the salmon bunch. They have a high-fat content and corresponding rich flesh that ranges from white to a deep red color.

Coho salmon (Oncorhynchus kisutch) are sometimes called silver salmon or “silvers” because of their especially silver skin. They have bright red flesh and a slightly more delicate texture than Chinook salmon but a similar flavor.

Pink salmon (Oncorhynchus gorbusha) are the most common Pacific salmon. They have very light colored, flavored flesh and low-fat content. Pink salmon are often canned but also sold fresh, frozen, and smoked. They are sometimes called “humpies” or humpback salmon because of the distinctive hump they develop on their back when they spawn.

Sockeye (Oncorhynchus nerka) salmon are noted for their bright red-orange flesh and deep rich flavor. They are known as “reds” both for their dark flesh color and because they turn deep red (from the bright silver pictured here, which is how you’ll see them at markets since the commercial catch is caught at sea) as they move upstream to spawn.

Chum (Oncorhynchus keta) is also known as Silverbrite, Keta and Dog Salmon because of its dog-like teeth. Keta comes from its species name and is a way to get away from the negative association chum sometimes has. Keta is a smaller fish—averaging about 8 pounds—with pale to medium-colored flesh and a lower fat content than other salmon. Chum is usually canned or sold frozen to foreign markets.

Whether you are aware of it or not – – most of the salmon that we see in the market today comes from farmed sources. Salmon represents a perfect case study for what’s happening with other farmed fish and there are both good and not-so-good aspects to become familiar with. Like most other edible fish, wild salmon has suffered from the twin problems of both over-fishing and destruction of breeding habitat. As numbers declined, prices went up and rather than backing off and giving the fish a chance to regenerate, it seems like its human nature to want them even more.

In the 1970’s, the Norwegians revolutionized the market for salmon by developing a method for farming them using large floating pens anchored in pristine sheltered fjords and bays. This technology spread around the world to other northern European locations as well as to both coasts of Canada and the US and to New Zealand and Chile. In the early days restaurants touted “Norwegian Salmon” as something special suggesting that they might be superior to native wild species.

I had a chance to visit Norway in the early 80’s to see salmon farming and it really was quite amazing. Big floating pens contained hundreds of fish. It was quite a system. The fish originated from the farm’s own hatchery nearby. Once released into the pens they were fed several times a day with formulas containing fishmeal and other nutrients and as a result grew quickly and efficiently. The net of this was that salmon, which had previously been limited by seasonal availability, now became available year-round, plus farming provided uniform and consistent quality and size. Prices dropped as efficiencies of farming increased and this all helped to make salmon as universally popular as it is today.

There were a couple of dark clouds, however. The most successful species for farming is the Atlantic salmon. It adapts well to farm conditions where the Pacific species was less adaptive and from an economic standpoint, they grow slower. The Atlantic of course is not native to the west coast of America and Canada and concern increased about possible loss of native species with the importation of Atlantic’s. Even though they are contained in pens, some do escape and colonize locally.

There is also concern that genetic differences between farm raised which are engineered to grow twice as fast as their wild cousins could create havoc with the gene pool of wild salmon.

Why should all of this matter? Isn’t the farmed the same and as good as the wild version? For me the farmed salmon have a different flavor. Since they are fed formula food which accelerates their growth and their flesh is softer – – since they consume excess calories and don’t get the same “exercise” as their wild counterparts. Also, they’re fatter, and even though its “good” fat (high in omega 3), it can be too much of a good thing.

During my visit to Norway another fact emerged and that is the use of antibiotics. Since the salmon were living in an “unnatural” environment, i.e., many more occupying a space than would occur in the wild, they were more likely to be susceptible to the spread of diseases. Antibiotics were routinely used to prevent this (something akin to what happens in commercial chicken and pork farming). We know now that overuse of antibiotics can actually foster the development of super strains of resistant microorganisms. This practice should be of concern to all of us no matter the source and again underscores the importance of clean, wholesomely grown ingredients.

While farmed salmon has a bad reputation in terms of sustainability and purity, salmon farming techniques have made great strides in recent years. The jury however is still out in my mind.

This article was published in the Santa Rosa Press Democrat on 4-19-22.