May 16 is National Barbecue Day 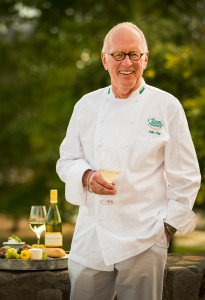 This Saturday….May 16 is National Barbecue Day..although we won’t be gathering around our grills and smokers with friends..the KSRO GOOD FOOD HOUR invites you to gather around the radio for a virtual cookout..

Our first guest will be New Orleans native Lolis Eric Elie…former columnist for The Times-Picayune..story editor of the HBO drama ‘Treme’ and author of “Smokestack Lightning: Adventures in the Heart of Barbecue Country”..(which just happened to be published on May 16, 1996)along with the documentary “A Day in the Life of Barbecue”..He’s now at work on a new cookbook with James Beard award winning Chef Rodney Scott..the whole hog pitmaster from South Carolina.

Next up will be the legendary ‘Tuffy’ Stone….He trained and worked in French cuisine…but 15 years ago realized barbecue was his true calling….He’s won 40 “Grand Championships” and 6 “World Barbecue Championships” in professional barbecue competitions with his Cool Smoke team..he’s the author of “Cool Smoke: The Art of Great Barbecue”….Due to his precision and obsession with the science of smoke he’s been dubbed the ‘Professor”. We look forward to him sharing some of his barbecue ‘lessons’ with listeners.