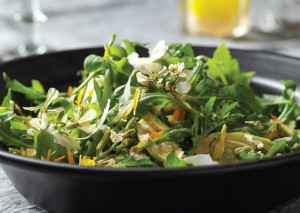 Here is an exciting article in the Press Democrat today about my new book, “Cooking Wild” by Diane Peterson. The article includes a recipe and starts here … “John Ash of Santa Rosa, known as the “Father of Wine Country Cuisine” and one of the region’s most renowned chefs, has always been a visionary, capturing the zeitgeist of his time while gazing presciently into the future.

“When he first opened his namesake restaurant, John Ash & Company, in Montgomery Village in 1980, it was one of the first in Northern California to focus on local, seasonal ingredients and to create dishes that complemented the wines being made in the region. Now, more than 35 years later, nearly all restaurant chefs worth their salt aspire to meet that high standard.

“As an international cooking teacher, Ash also educated a new generation of home cooks eager to eat more simply and more ethically, closer to the fresh flavors of the gardens and farms in their own back yards.