THE THRILL OF THE GRILL 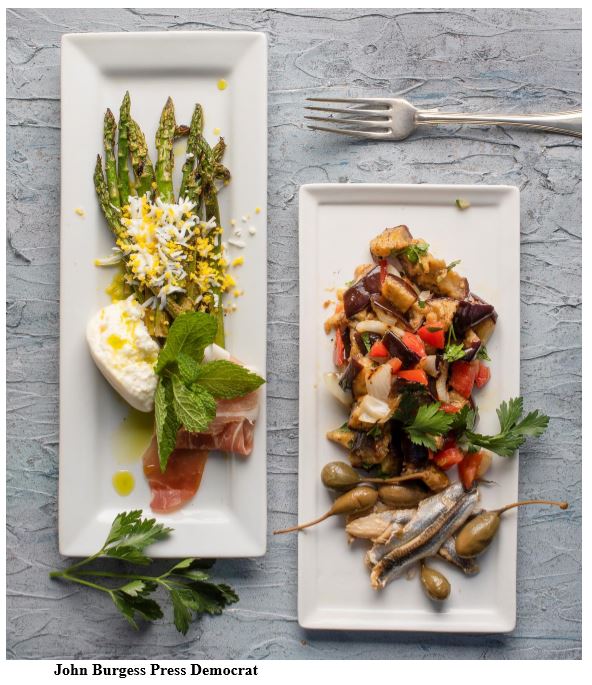 Cooking foods outside on a grill over coals is one of my earliest food memories. I lived with my Grandparents as a kid and we caught a lot of trout. My Grandmother would simply season them inside and out, slip a slice or two of lemon into the cavity and wrap them in bacon and grill them over hot campfire with a funky grill propped on rocks. Delicious!

These are two different techniques though they share some similarities. Grilling is quick short time cooking, generally directly over hot coals, of tender meats and vegetables. Using a ridged grill pan in the kitchen over high heat on the stovetop also falls into this category.

To “barbeque” a term which is often used interchangeably with grilling is technically a different technique. Despite the fact that everyone uses the term “barbeque” to describe the typical cookout – – to barbeque (ask any Southerner) means to cook relatively tough and larger cuts of meat slowly over relatively low heat (250 degrees or so) with lots of smoke to both flavor and tenderize. The word comes from the Spanish barbacoa, which originally described the apparatus for slowly cooking or drying meats over an open flame. I don’t want to get too hung up in the differences, but it is useful to understand them.

Probably the first serious book written on outdoor cooking was by James Beard back in 1941. He noted that “Grilling, broiling, barbequing – – whatever you want to call it – -is an art, not just a matter of building a pyre and throwing on a piece of meat as a sacrifice to the gods of the stomach! For while barbequing is a very old and primitive way of cooking, it is also one of the most appetizing methods of dealing with meat known to man, and it deserves to be done with some semblance of technique, accuracy and care.” Beard’s barbequing tips were simple. His secrets: make sure you had an even distribution of heat from coals that were “veiled in a lovely white ash” before you started cooking. He went on to advise that “A good fire, good coals and patience, rather than speed, should be your watchword.”

Read more and get these recipes here!