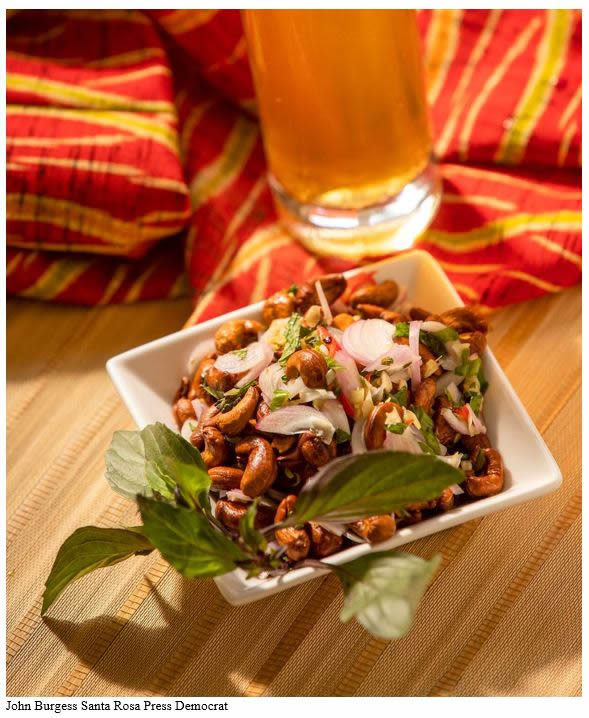 Southeast Asia is home to a rich cross-cultural table with every country providing a distinctive cuisine that, at the same time, shares similarities with its neighbors. The Chinese, Arabs, and Indians early on established many trade routes and influenced local cuisines. In the early sixteenth century the Portuguese arrived in Indonesia and Malaysia setting up prosperous trading posts. Perhaps their most notable contribution were chiles which they brought from their explorations in the new world. The Dutch followed them and then the English who influenced them and Myanmar (then Burma) and Singapore (then Temesek). The French brough their food to Indochina, now Vietnam, Laos, and Cambodia. The Bahn Mi sandwich using rice flour baguettes is now a well-known fusion/contribution in all parts of the world.

Street foods are no doubt the best source for eating in this part of the world. Rustic restaurants abound everywhere but it is at street stands and stalls that treasures are found. They exist singly or in night markets (which makes sense because of the hot day time temperatures). Often, they only offer one dish which they have perfected over years of preparation and are famous for it.

I’ve been able to travel to this part of the world several times always to discover and eat. Like Anthony Bourdain, I think this broad mashup of cuisines is my favorite. A Vietnamese chef that I had the pleasure of cooking with, describes the flavors there as emanating from the “Four Flavor Gods”:

These are present in many dishes and the strategy is to adjust them to your taste. You’ll see this in some of my favorite recipes at the link below: