Recipes: The flavors of many regions of Mexico. My favorite cuisine. 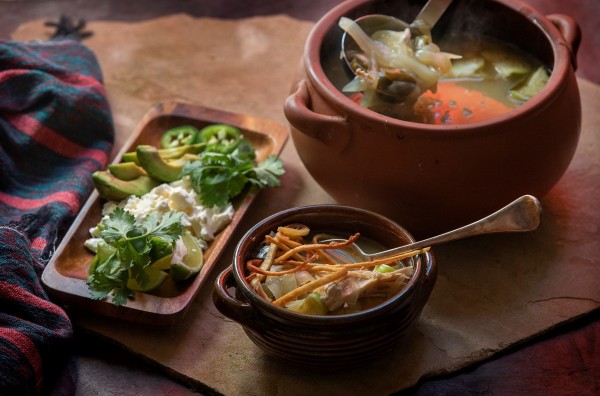 The cuisine of Mexico is wildly diverse, although you wouldn’t always know that if you haven’t visited there. Fast food and “Americanized” Mexican restaurants are unfortunately what we often see in the States.

Rick Bayless, who has written extensively on the foods of Mexico, noted “The land mass itself, as it has been, arbitrarily contained and divided by modern governments, is only one third the size of our United States. Yet it rises and falls with more variety of plant life and human life, more formations of colors and textures and smells and tastes than any country on earth.”

Distinct regional flavors abound. Mexico City is the great melting pot. Oaxaca continues the traditions and flavors established by indigenous Indians. Yucatan, given its Mayan and Caribbean influences with seafood of all kinds touched with an unexpected delicacy of seasonings. The west coast still echoes its Inca roots in its food.

We have many to thank who opened our understanding of the regional cuisines of Mexico. Among them Diana Kennedy, Rick Bayless, Mark Miller and Southwest chefs Dean fearing, Robert Del Grande and Stephan Pyles. Among those of Latin background: Jesus Gonzales, Roberto Santibanez, Zarela Martinez, Iliana de la Vega, and lots more. In Mexico there are an army of young Mexican chefs who are honoring traditional ingredients and pushing the envelope. Javier Placensia in Tijuana and the Valle de Guadalupe wine region of Baja is often mentioned. All worth a Google search!

So, here are some of my favorite recipes that reflect the flavors of many regions of Mexico. My favorite cuisine.