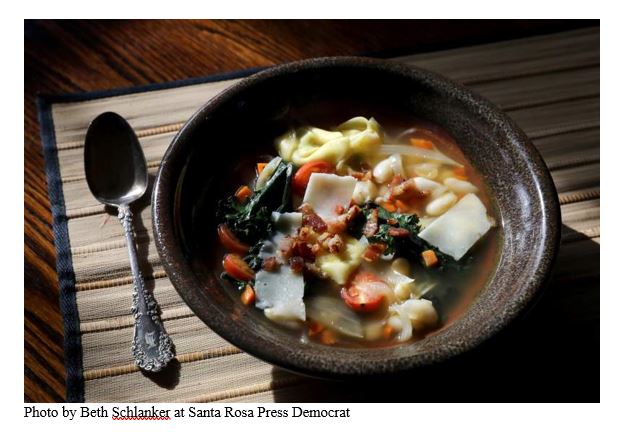 Soup is an important part of every cultural cuisine and the variations could fill several books (and it has!). Soup is the most basic of dishes.

Originally soupe or sops described a hot broth poured on or combined with bread – – the bread being the sopping vehicle. Soupe and sops are also the root of the word supper a term not used as much today.

When I was growing up on a ranch in Colorado, the big meal of the day was always lunch. Supper, which was the last meal of the day before bed, was often something “soupy” or “stewy”, a simple one-dish meal that was easily digested and helped you sleep.

The dividing line between soups and stews is vague!

My friend, Amy Mintzer, recalls that when she went to summer camp as a little girl, they also served the big meal at lunch with some kind of soup for dinner. They called the dinner soup “cream of lunch”!

Here are some of my favorite soups for winter: