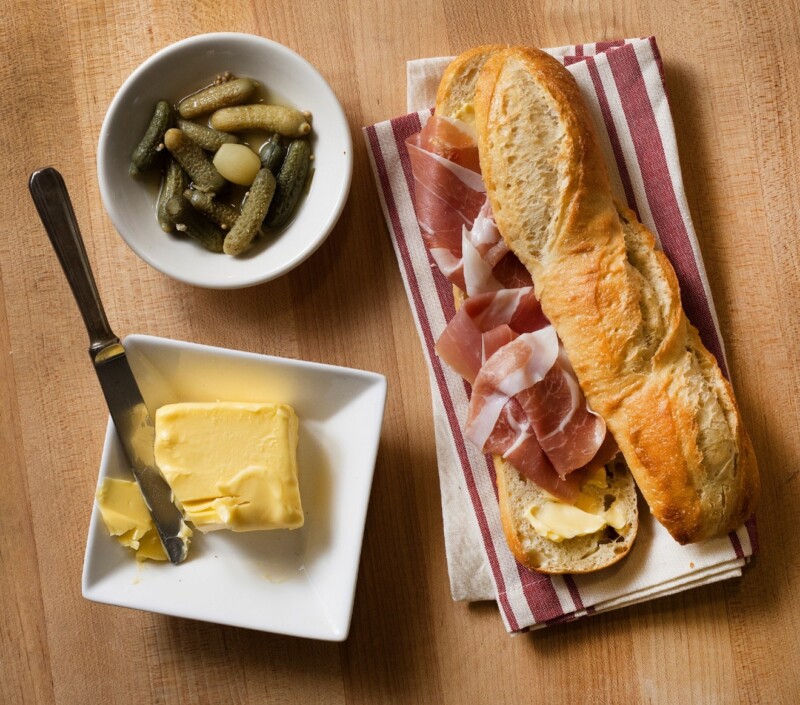 So, what is a sandwich? Originally it was thought to be any variety of fillings held together with two or more slices of bread. The bread has morphed into all manner of flat breads, buns, toasts and rolls along with waffles, biscuits, and on the sweet side, cakes and cookies. For savory sandwiches anything goes for the fillings or toppings from more conventional fish, meats and cheeses to French fries, spaghetti, fruits and vegetables. Each sandwich typically has deep ethnic and geographical roots and stories. We cherish those stories almost as much as we love the sandwiches themselves.

Alan Davidson in the Oxford Companion to Food notes that sandwiches officially began in 1762 in England when the fourth Earl of Sandwich, being an inveterate gambler, demanded meat between two slices of bread so that he wouldn’t have to leave the gaming table to eat.

In today’s sandwich world the classic definition of two or more slices of bread has grown to include anything to hold a filling together to eat out of hand. Think about the tradition of folding your pizza which many believe is the way to properly eat a Neapolitan pizza to turn it into a portable meal. In and Out Burger are famous for their “protein” style burgers which are wrapped in lettuce and contain no bread at all. The list goes on. It would take many volumes to describe the world of Sandwiches!

Here is a sampling of some special ones that I like: